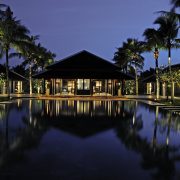 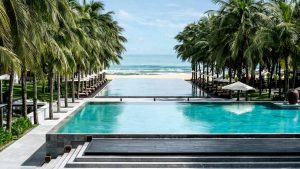 KCSQR: As a Vietnamese myself, I hate green onion so much eventhough people use it in every dish. So I think nothing's wrong when Kwang Kyu cant eat coriander. And the food in the North of Vietnam always has a strong flavor (I prefer Southern food). I think they did a good job to show Vietnamese traditional food here.﻿

Annie Nguyen: KCSQR same, I hate those leafy greens they put in stuff.﻿

Nguyễn Mỹ Phúc: The Middle of Vietnam do not add as too much sugar as Southern. If you have a chance to go to Quang Binh or Hue, let's enjoy the traditional cuisine here. You'll find out the difference between the Middle and other areas. :)﻿

Koa Jinja: I think elder ajeossi Gwanggyu's age kind of ruined the Vietnam trip, but I'm glad Taecyeon was able to hold everything down and present the best of Vietnamese culture and food as he could, he's youthful and can resonate with the experience more. I still think this is a trip worth exploring, and most of the food looked very delicious too.﻿

lac tran: I thought the same in the beginning but as I started to watch over 3-4 times, I like him, he's hard to please so in a way it makes the trip hilarious and fun. He doesn't try to put on an act, he's who he is. If he's agreed and liked everything then it'll be like any other trip﻿

WhatsOverThere: I like watching Battle Trip, but this episode was hard to watch because the trip did not suit Gwanggyu's taste and it was overly emphasized throughout the show; a picky eater may not have been the best person to cast for a food trip. Thankfully Taecyeon was able to hold it together and keep an open mind! I hope someday I can go to Vietnam and experience the food myself!﻿

Phuong Nguyen: Welcome to Vietnam 😊😊😊 Where are you from?﻿